Possible Big Decisions at the U.S. Supreme Court as It Enters the Second Half of Its Term 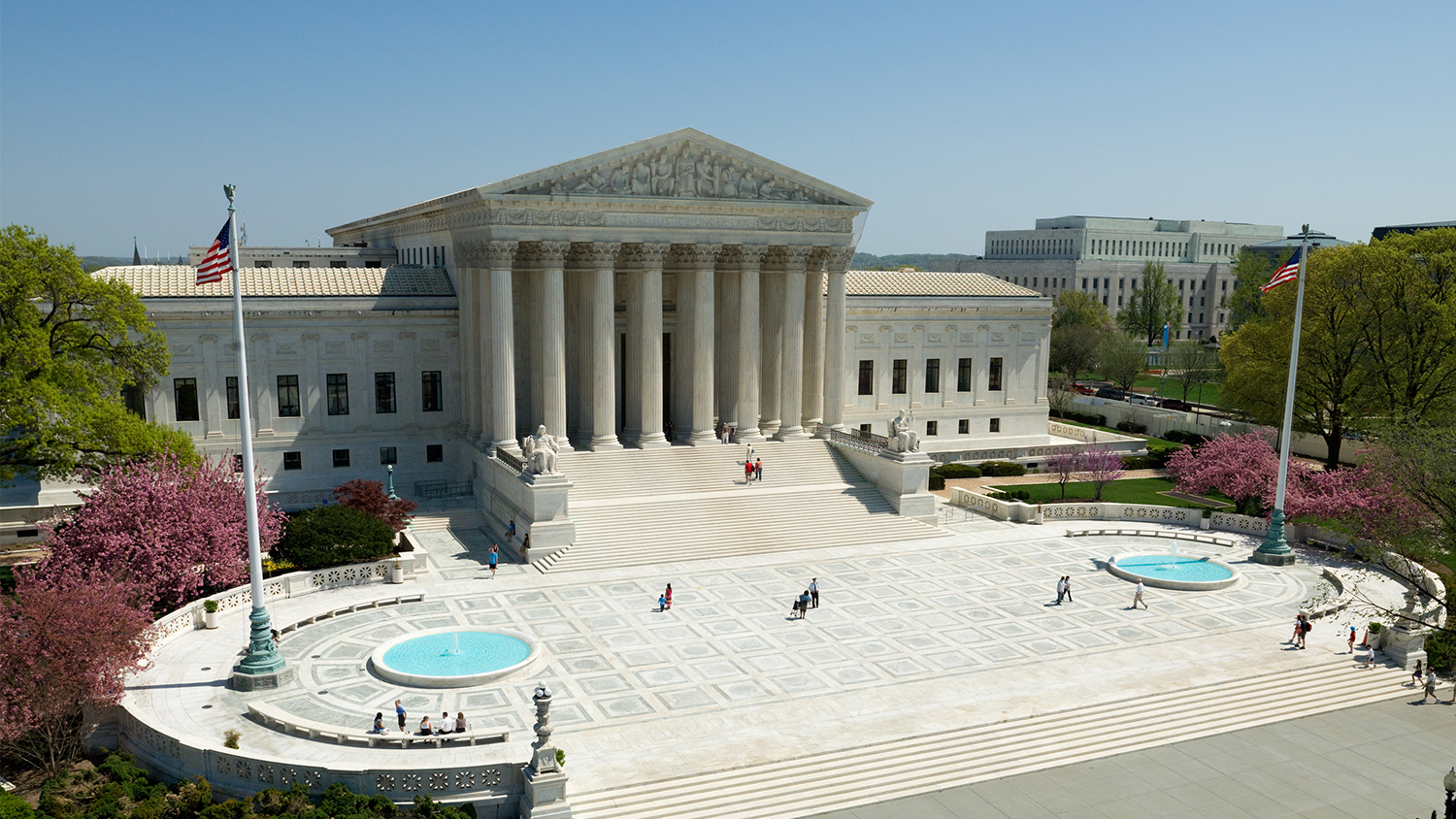 The U.S. Supreme Court reconvenes from its mid-winter recess on February 15 when it may finally decide whether to grant review on several important cases involving religious liberty, abortion, and employer actions involving employees’ sexual orientation or gender identity. It will also hear oral arguments February 27 on a significant Establishment Clause challenge to a World War I veterans memorial cross in Bladensburg, Maryland.

The cross case, called American Legion v. American Humanist Association, involves a challenge to a 94-year-old memorial built to commemorate local veterans who lost their lives fighting in World War I. The American Legion completed the memorial, which is in the shape of a 40-foot cross, in 1925. The State of Maryland took over the memorial in 1961 because suburban growth and road expansion put the memorial in a large highway median. The American Humanist Association sued the State of Maryland on behalf of some local residents who were offended by the presence of the memorial on a highway median.

The U.S. Court of Appeals for the Fourth Circuit agreed that the cross shape violated the Establishment Clause because a cross represents the crucifixion of Christ. The court also ruled that the additional meaning of a cross to signify the burial of war dead did not eliminate the Establishment Clause violation of the government maintaining a Christian cross display. To avoid potential offense, the government must now either remove the war memorial or chop off the cross’s arms.

The American Legion, represented by First Liberty and the Jones Day law firm, have asked the Supreme Court to overturn a legal test it has used since 1971 to decide Establishment Clause cases, from Lemon v. Kurtzman. The American Legion is asking the Supreme Court to apply a new test: Government actions do not violate the Establishment Clause if there is historical precedent for what the government does (like using crosses to mark graves in veterans cemeteries) and when the government action does not coerce people to believe a certain religion. State-established churches in colonial times would use state law to compel people to attend services at the established church, and to pay tithes to the state church. But the display of a cross to honor veterans of World War I does not force people to attend church services or pay tithes to a church. Without the state compelling people to conform to a certain religion, there is no Establishment Clause violation.

There are also several pending cases involving religious liberty, abortion, and employer actions involving employees’ sexual orientation and gender identity, on which the justices have repeatedly delayed consideration. They will likely determine what it will do with them after they return from their recess on February 15.

The religious liberty case involves a challenge to the program by Morris County, New Jersey, that awards grants for restoration and preservation of historic buildings. The County allows churches to obtain these grants, and use them to restore religious spaces, like the sanctuary of a church that meets in a historic building. The Freedom From Religion Foundation filed suit in state court, claiming the New Jersey Constitution prohibits these grants to active houses of worship.

The New Jersey Supreme Court agreed that the grants violated the state constitution, and it also wrote that the ADF win in Trinity Lutheran, involving Missouri’s exclusion of churches from eligibility for grants to build rubber playground surfaces made from recycled tires, did not apply to this case. Becket Law is representing Morris County in its appeal to the Supreme Court.

The abortion-related case involves a challenge by Planned Parenthood to Indiana’s law banning abortions based on the race, sex, or disability of the unborn child. That law also requires fetal remains to be disposed of by either burial or cremation, rather than the methods used to dispose of medical waste. The Seventh Circuit held that Indiana may not prohibit someone from killing a baby in utero because the baby happens to be female, or has a disability. ADF filed an amicus brief urging the Supreme Court to hear Indiana’s case.

Three cases regarding Title VII involve the question whether Title VII’s prohibition on “sex” discrimination in employment meant gender identity and included sexual orientation when Congress enacted the law in 1964. The Justices have repeatedly delayed consideration of these cases. ADF lawyers are handling one of the three cases, Harris Funeral Homes, involving a funeral home owner who dismissed a male funeral director who violated the company dress code by demanding to wear female clothes when meeting with grieving family members and friends of a deceased.

ADF has also asked the Supreme Court to review the Tree of Life Christian Schools case, involving a zoning decision by the City of Upper Arlington, Ohio, prohibiting a Christian school from moving to a building it has owned for the past 8 years, even though many secular groups—like a daycare center—could use the building at any time. We are asking the Supreme Court to enforce the protections that Congress enacted almost 20 years ago to stop nationwide zoning discrimination against religious groups.

Finally, ADF has also asked the Supreme Court to review the case challenging the policy of the Boyertown School District in Pennsylvania that authorizes students to use the locker rooms and restrooms of the opposite sex, a policy the School enacted without notice to parents or other students. But a student’s constitutional right to bodily privacy does not depend on what others believe about their own gender. The Supreme Court will likely decide whether to grant review in these cases later this spring. Jordan Lorence serves as senior counsel and director of strategic engagement with Alliance Defending Freedom, where he plays a key role with the Strategic Relations and Training Team.

Now more than ever, we need highly successful adoption and foster care providers to keep their doors open—providers like Catholic Social Services.